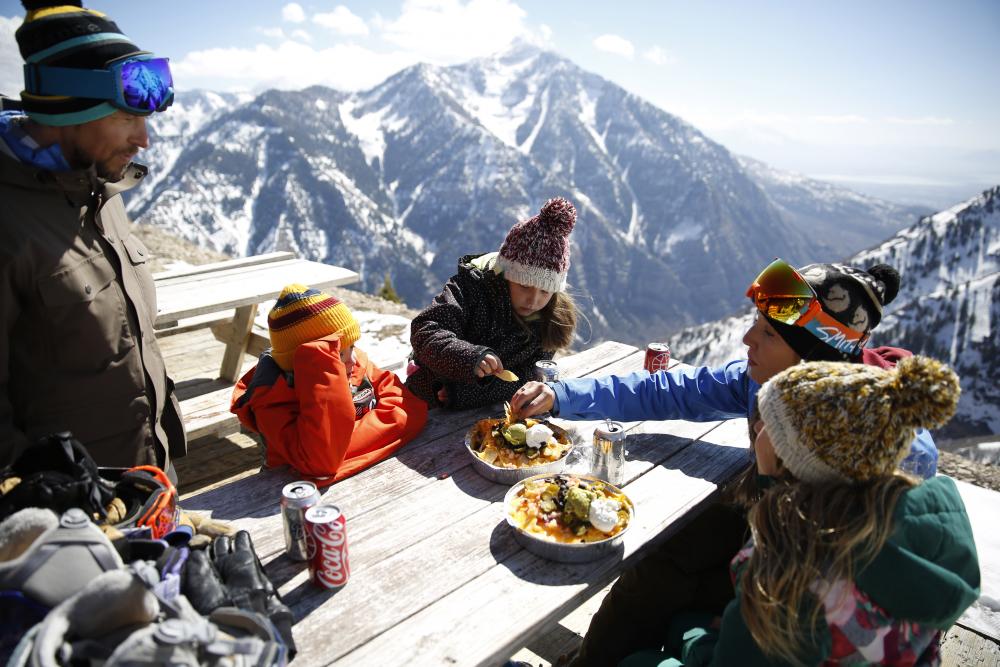 It should perhaps be no surprise that, in a state as geographically diverse as Utah, a superb range of food can be found – from sophisticated high-class eateries to classic diners.

In the state capital, Salt Lake City’s thriving restaurant scene plays out across downtown. Market Street Grill and Oyster Bar, a name that has lit up the city's grid since 1980, now extends to three locations, specializing in oysters and fish, including a fine Utah rainbow trout. Valter's Osteria brings Italian fine-dining with rich Tuscan flavors to West Broadway. The Copper Onion is an example of the cutting-edge fare increasingly found in the city, supplying inventive twists on American favorites and offering dishes such as its house meat loaf with mashed potatoes.

Eating out is also an enticing prospect on the Wasatch Front, the urban corridor running north-to-south for over 240 kilometers along the edge of the Wasatch Mountains with Salt Lake City as its hub. La Caille is an intriguing eatery; the French-style bistro occupies a fairy-tale cottage southeast of the city in Sandy, selling favorites such as onion soup and lobster bisque. Historic Brigham City, about 95 kilometers north of the capital, is home to Idle Isle Café. The menu at the traditional diner on Main Street includes Reuben sandwiches and clam chowder to be enjoyed in early 20th century décor.

Check what you've learned and go for the Utah Specialist badge.

Go to the Utah Specialist badge